This box is smaller than the usual size for pieces of the same type. It is hinged in the same manner as other examples in the Collection, and the fastener is operated by a gilt button release; the box is fitted with blackened pad feet. The surface is hatched overall and blackened, each surface forming a single self-contained decorative area with no internal divisions. These are all borded with a narrow gold ribbon containing a line of circular punch-marks. Each area is filled with wire damascened foliate ornament having as its major element wyverns whose tails are the termination of the vegetal volutes. On the forward face the ornamentation includes two cornucopias filled with flowers. While this style was called renacimiento in Eibar, in the present case it exhibits the strong influence of Romanticism. The four corners of each panel contain small stylized foliate compositions, each connected to the next corner by gold lines.

At the centre of the top, front, and back, within heraldic shields of eighteenth-century style, are situated applied repoussé gilt ovals with black clementinos or Moor’s head in relief. Their helmets, and the collars of their chainmail coats, are damascened in gold wire. Inside the casket is the rather large visiting card of Victoria Eugenia of Battenberg, grand-daughter of Queen Victoria, wife of Alonso XIII and queen of Spain. The card bears an intertwined crowned monogram ‘VE’ embossed in gold and the note ‘From | Victoria Eugenia | Queen of Spain’. On the other side in a different hand is written: ‘On loan from | H. Eccles Esq. | 30th Oct: 1918’. This date may be tentatively assigned to the purchase, if not the manufacture, of the casket. 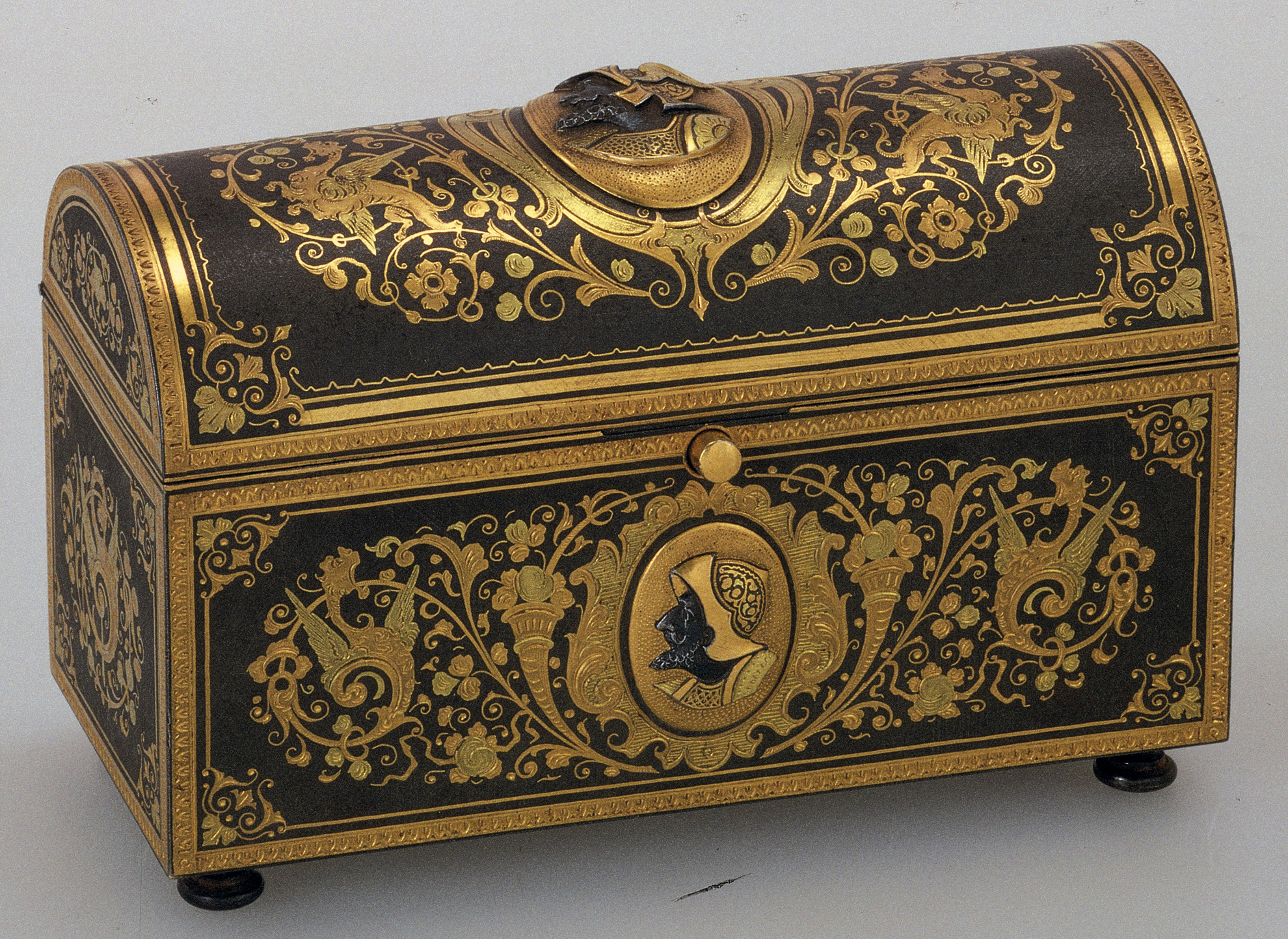