Shrines in Islam are often associated with burials of saints, either genuine or suppositious, or, especially in Iran, with descendants of the Shi‘ite imams. The ritual of visitation generally involves circumambulating the tomb, which is often emphasised by a cenotaph (‘empty tomb’), a wooden or stone construction that recalls a sarcophagus. These may have elaborate panelling set in a strapwork skeleton, but in northern Iran in the Caspian area (Mazandaran and Gilan) wood was so abundant that, as here, they were constructed of large panels carved in imitation of strapwork panels, and with lavish inscriptions, which slotted into square corner posts.

The inscriptions on this cenotaph  include a prayer to the ‘Fourteen Immaculates’, Muhammad, Fatimah and the Twelve Shi‘ite Imams; a record of the donors, Darwish ‘Abdallah, his brother, Darwish Rustam and other individuals; and the signature of the craftsman, Shams al-Din ibn Ustad Ahmad najjar-i balada-yi Sari (‘Shams al-Din, the son of the cabinet-maker and joiner Ahmad, in the town of Sari’). His signature is recorded on woodwork in various shrines in northern Iran. 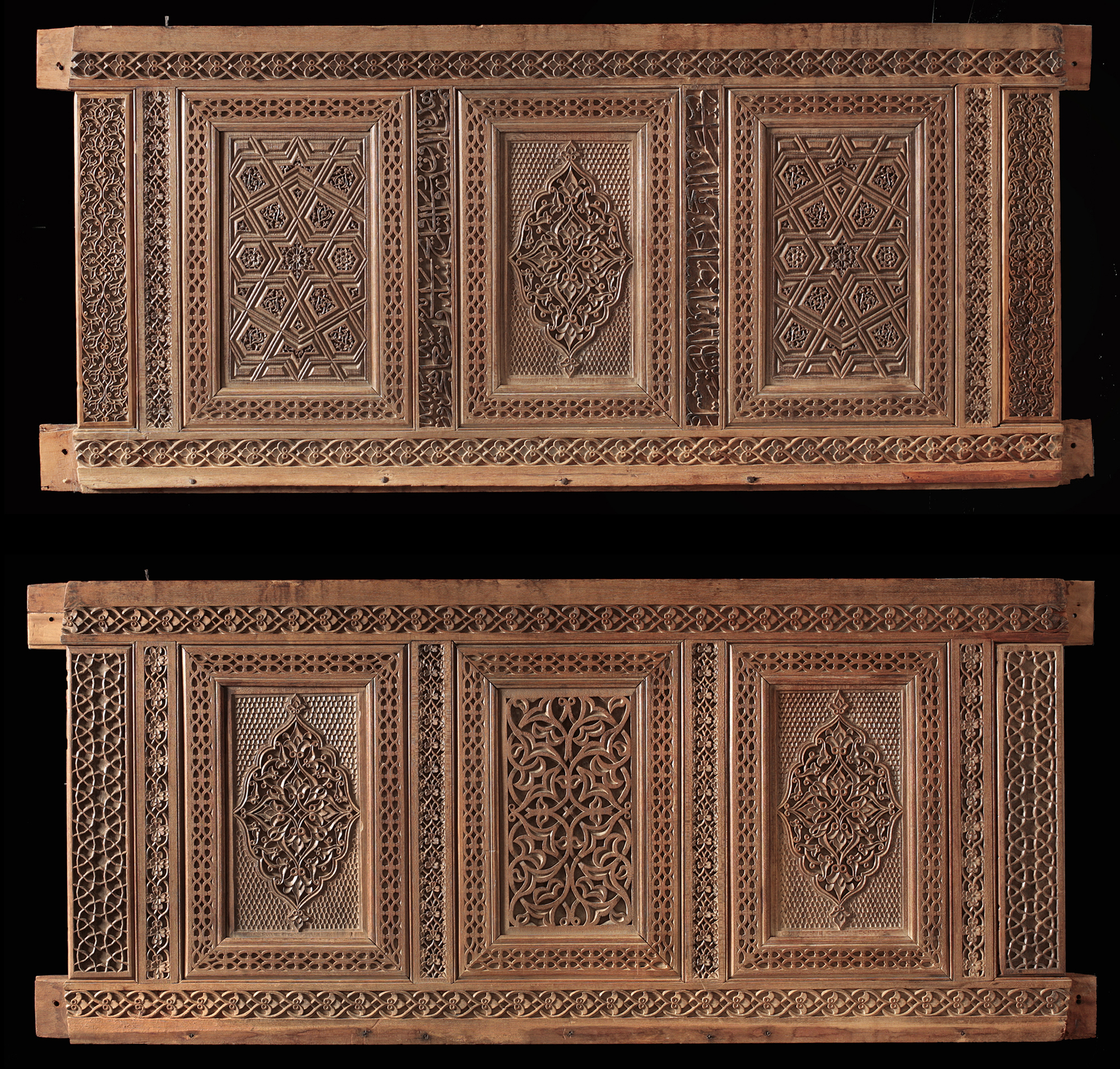 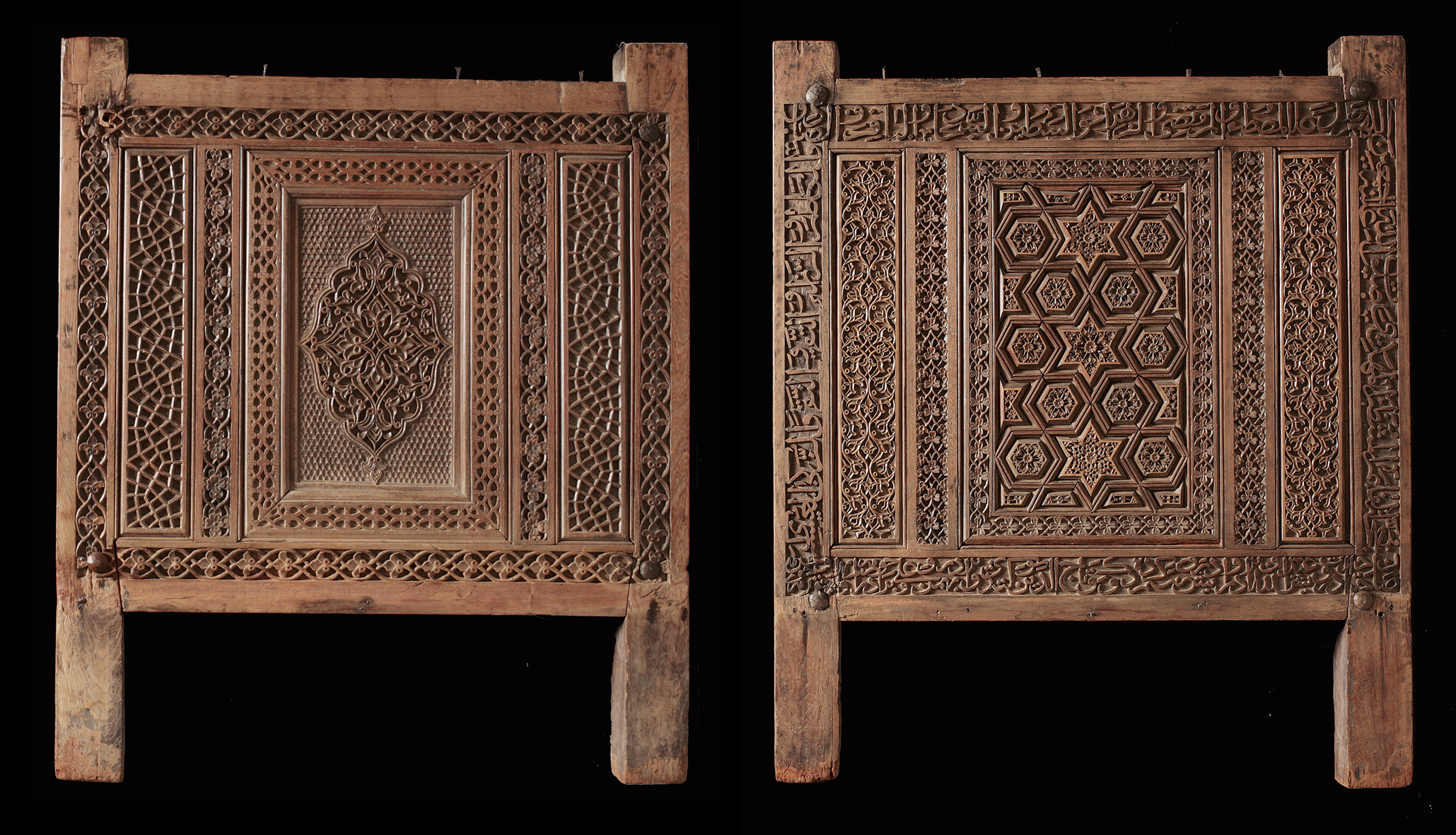