gold on a lac core, set with foiled rubies, diamonds and emeralds in gold kundan and with strings of small pearls

The two hands are mirror images of each other, therefore forming a pair representing the left and right; when back-to-back, however, they form a single unit. They are each set with gems on one side, while the other is plain gold sheet; the core seems to be of lac.

The deeply set cabochon stones are arranged in lines following the divisions of the palm of the hand. These are mainly rubies, but interspersed with emeralds and diamonds, used to emphasize areas such as the finger joints. The tips of each finger are set with a larger ruby and the thumb, the base of the thumb and the base of the hand are pinpointed with small rosettes. The hands are edged with a string of small pearls. Strands of pearls ‘outlining’ jewellery in Mughal India is a feature that dates at least from the late 16th century, where it can be seen in miniature paintings.

The so-called ‘hand of Fatimah’ is a common Islamic motif, especially among the Shi‘a. The four fingers and the thumb represent the Prophet, his daughter Fatimah, his son-in-law ‘Ali, and their sons Hasan and Husayn – the five members of the Ahl al-Bayt. In the royal ‘ashurkhanah of Hyderabad in the Deccan, there are a number of ‘alams or standards, some of them gigantic, in the form of hands. The projecting rectangular flange on both hands suggests that they may have been intended to be placed upright as a pair, back-to-back, probably for use as the finial of an ‘alam. 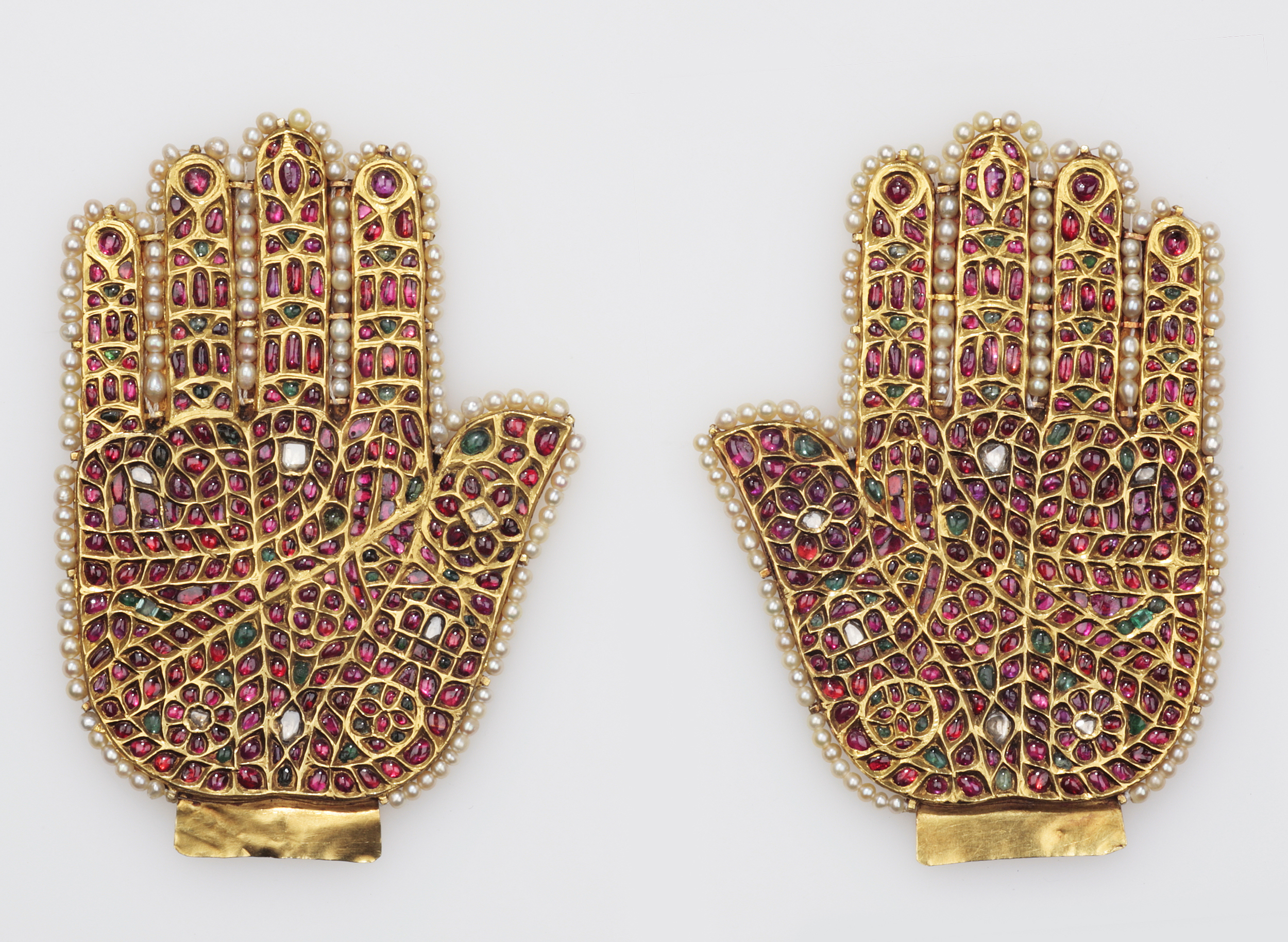