text copied in maghribi naskh, key words and headings in maghribi thulth; with 19 lines of text to the page

This lavishly illuminated royal manuscript is the first part (al-sifr al-awwal) of a widely read work on hadith, the merits of the Prophet Muhammad and the obligations of Muslims towards him, the by the 12th-century North African author, Abu’l-Fadl ‘Iyad ibn Musa ibn ‘Iyad al-Yahsubi.

This volume was copied for Mawlana Isma‘il ibn Mawlana al-Sharif al-Hasani (r 1672–1727 AD), the fourth member of the dynasty of ‘Alawid or Filali sharifs who continue to rule Morocco to the present day. The Filali sharifs came from Arabia in the 13th century, but did not gain political prominence in Morocco until the decline of the Sa‘dids in the 17th century.

The manuscript is copied on crisp, burnished ivory-toned paper, reminiscent in colour of vellum. All the main headings, together with certain key words and phrases, are written throughout in gold. The text block is similarly outlined with gold. The opening and final folios are decorated with further illumination highlighting the title of the work and the name of the patron. 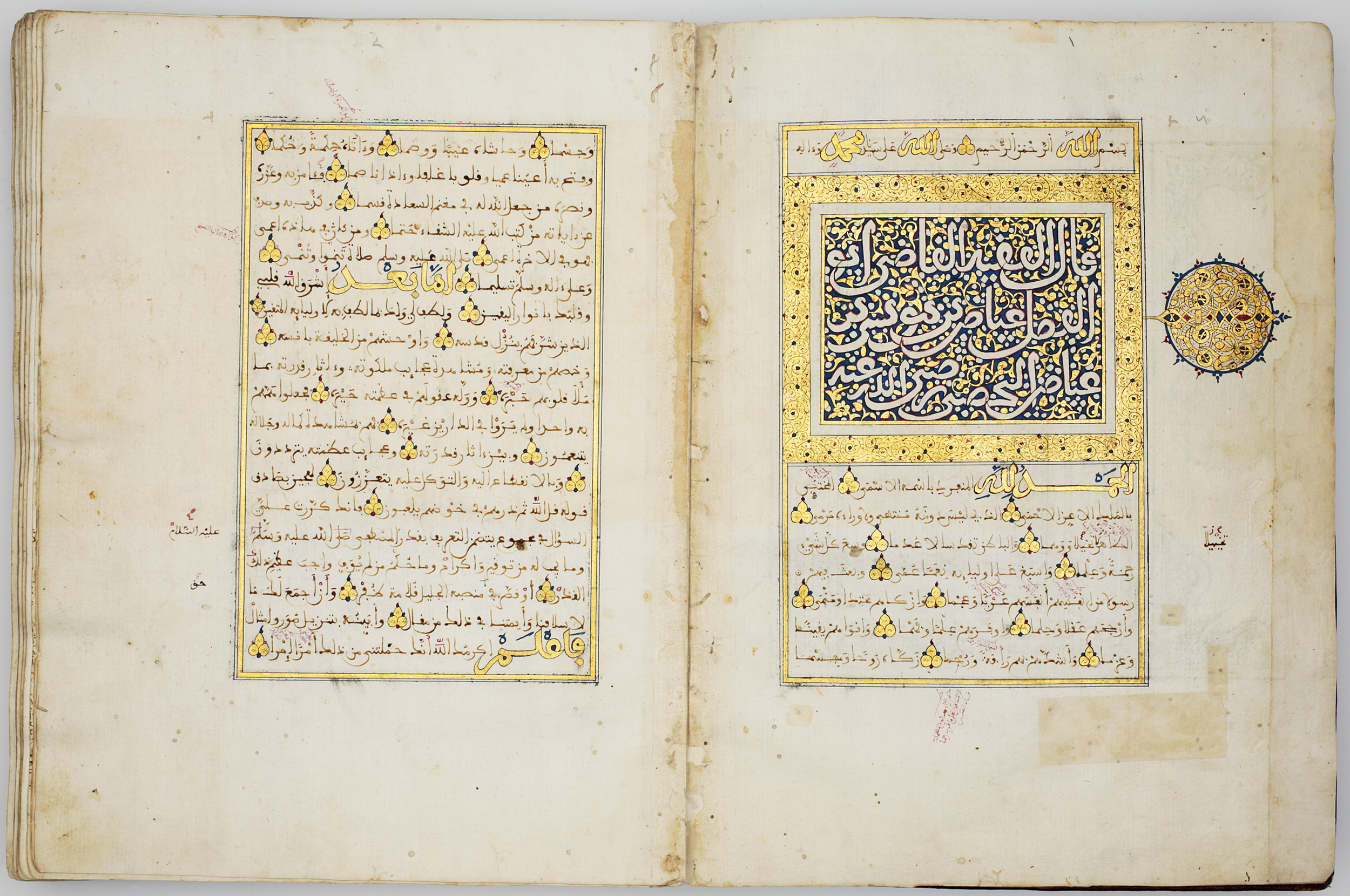 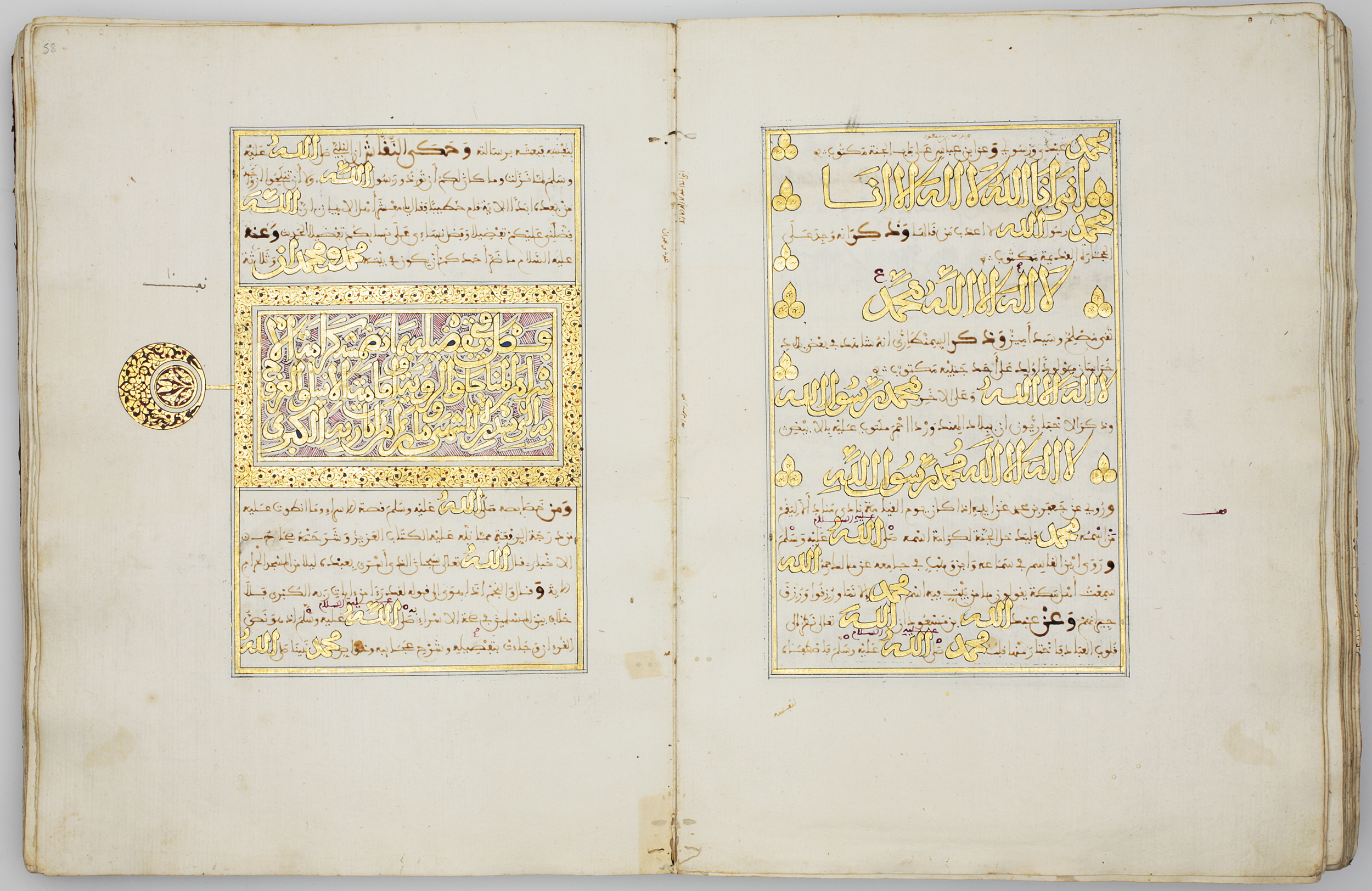 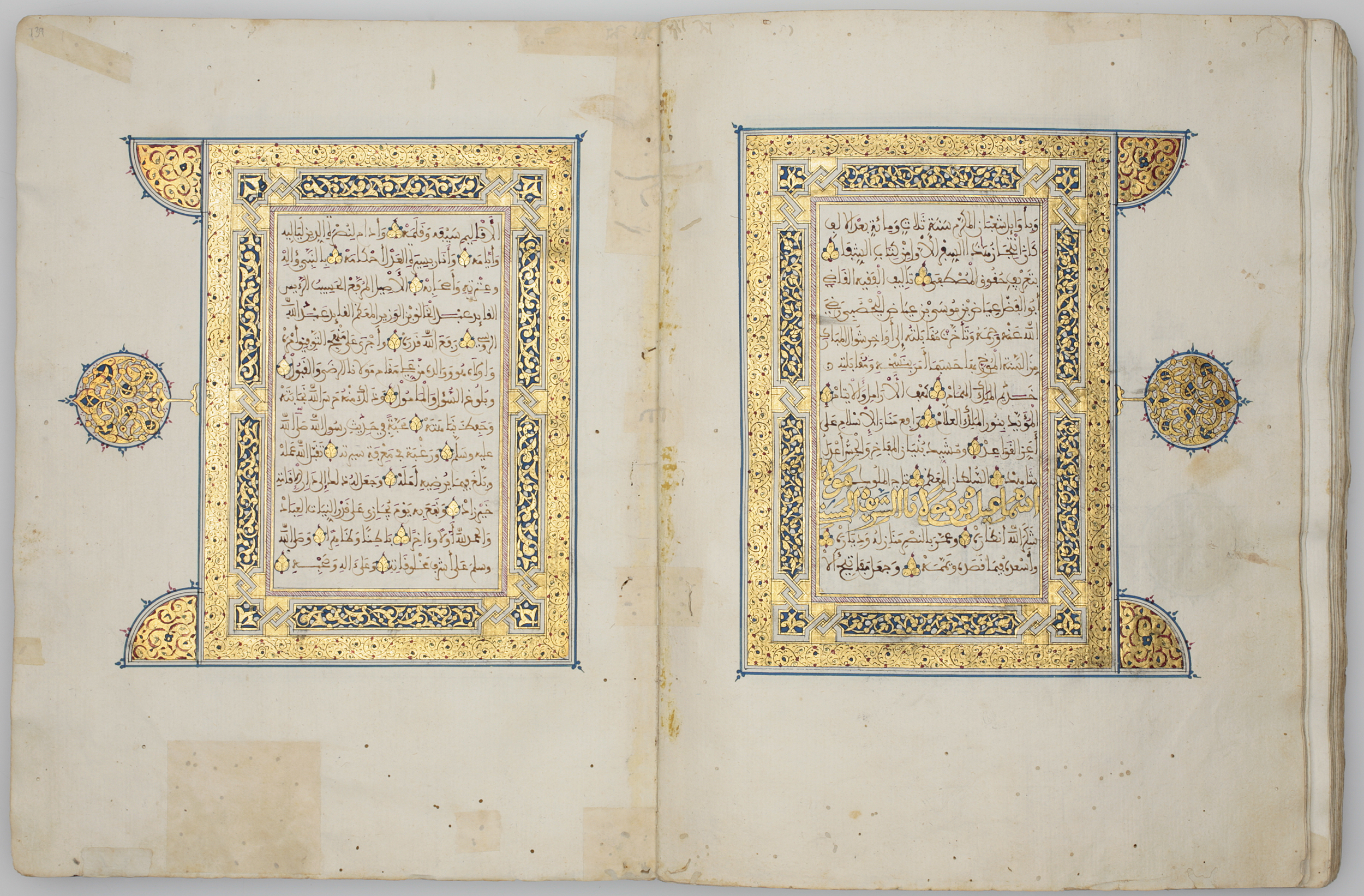