This circular brooch has its central motif an eagle attacking a serpent executed in relief in chased gold over a black iron ground. This is surrounded by two punch-decorated concentric gold-wire circles and an ornamental gold damascened outer border consisting of a series of flowers or trefoils within pointed arches outlined in silver wire. Between each pair of arches is a single silver bead. The border decoration is uncharacteristic of Plácido. The wirework is unusually flat, and the use of the rounded punch is not his normal practice. The eagle and serpent are undoubtedly intended to represent the Mexical national arms, although their positioning over a rock rather than a nopal cactus is not the conventional depiction. This theme must certainly have been of limited interest, and may represent a special commission. However, in later years, until at least as late as 1930, a pattern  for a similar brooch having a slightly more standard representation of the arms was pictured in Eibar commercial catalogues and may have been popular for export. 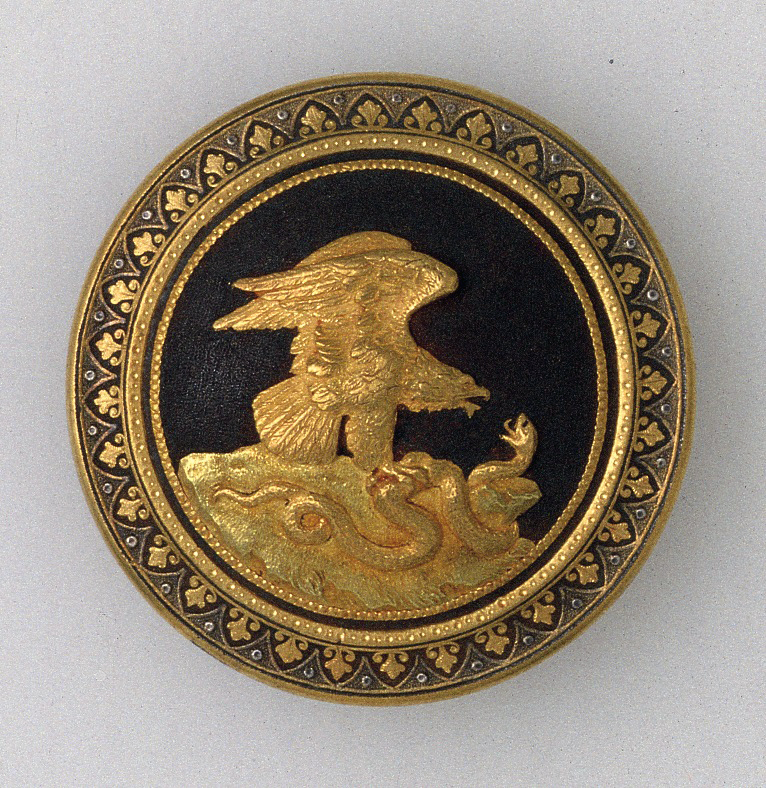