The two ivory sections of this circular box are lathe-turned and threaded to screw together. The circular medallion affixed to the top is damascened in gold and silver wire over a blackened ground. In the centre is the intertwined gold monogram ‘C7’ under a silver and gold Spanish royal crown. This is surrounded by a circle of two sized of fleur-de-lis in gold over a series of silver C-scrolls. The monogram is that of the third Carlist pretender, Carlos María de los Dolores de Borbón y Austria-Este (1848-1909). Don Carlos was the grandson of the younger brother of Ferdinand VII, who died in 1833 leaving a three-year-old daughter as his only heir. The circle of fleurs-de-lis symbolizes the Spanish House of Bourbon. The occasion of this box’s manufacture may have been the coincidental abdication in 1873 of Spain’s elected monarch Amadeo of Savoy and the occupation of the Basque provinces by the Carlist army. While this piece bears no signature, the execution of the damascene, which is in quite thick wire having no punched ornament, and the use of the C-scrolls point to Plácido as its author. 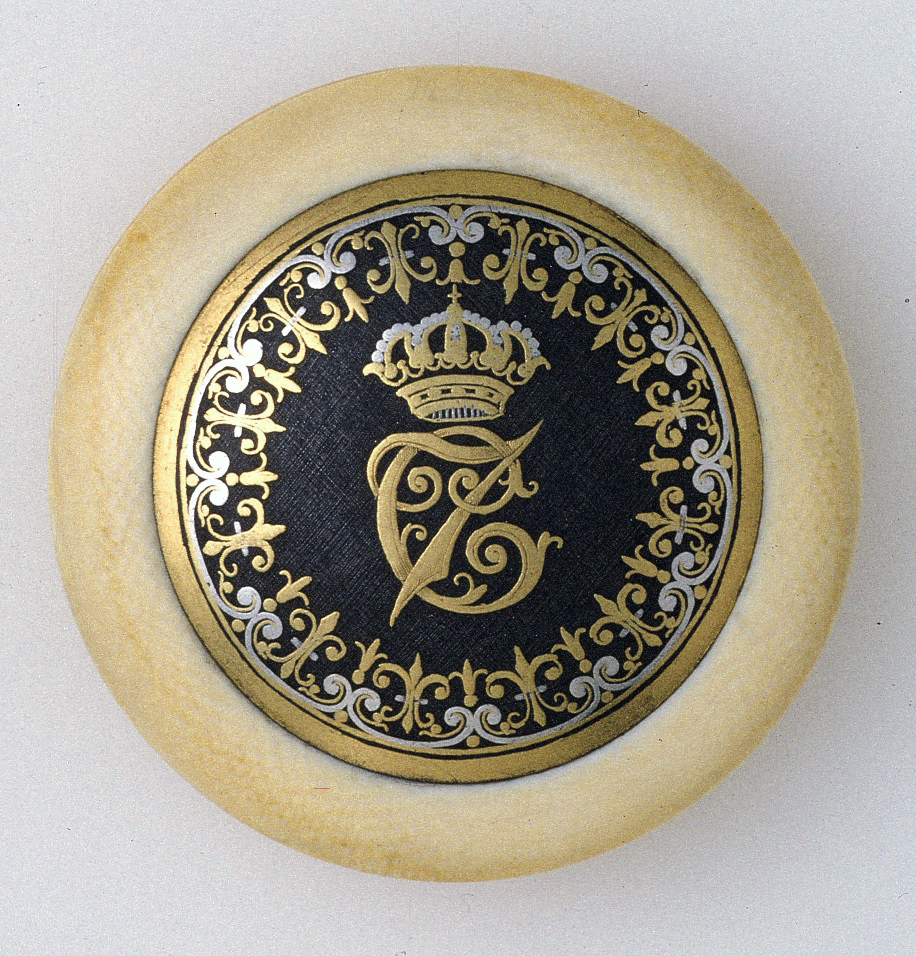 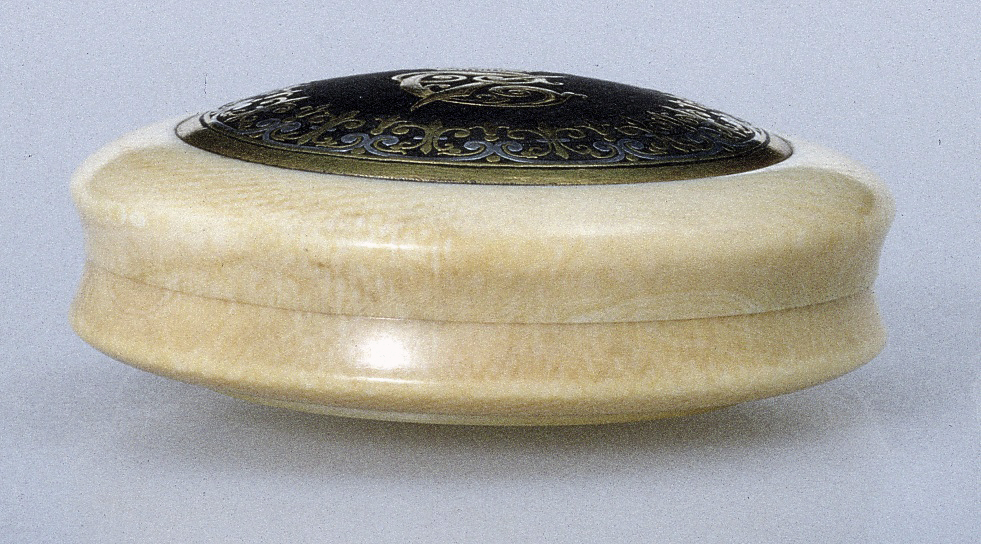