This thick and highly decorated iron plate is designed to serve as the base for a writing-pad. The back is profusely decorated with damascene and appliqués, while the other side is black save for a damascened border. To the back are affixed a tubular holder for a pen or pencil and loops apparently for elastic bands to retain the pad. On the decorated side the central element is a six-pointed star within a circle, located within another circle which extends to the outer margin of the ornament. Between the two concentric circles are four medallions based on eight pointed stars. Those on the left and right are in the centre of lozenges terminating as lobed arches. The remainder of this circular band is filled with stylized foliation. The area of the inner circle unoccupied by the star is filled with stylized foliage based on palmettes. In the centre of the star is a black circle bordered by a raised applied gold wreath, within which is the applied gold initial ‘G’. A smaller letter ‘M’ is damascened in gold wire in the centre of the first letter.

The remainder of the rectangular area of ornamentation is filled with spiral foliation over which, at the four corners, are affixed relief-chiselled beasts: a griffin, a wyvern with a serpent encircling its tail, a grotesque serpentine bird, and a horse. The inner border consists of a gold zigzag line, outside of which are a silver wire and two gold ribbons, both decorated with punchmarks. The metal edge of the plaque is bevelled. Because of its thickness, the plate is too heavy to be carried comfortably in the pocket. If it were set on a desk or table, on the other hand, the attachments on the writing side would cause it to be placed with the ornamental face sitting on the surface out of sight. This item thus appears to be a totally impractical, though attractive, object whose utilitarian purpose is subverted by the design. 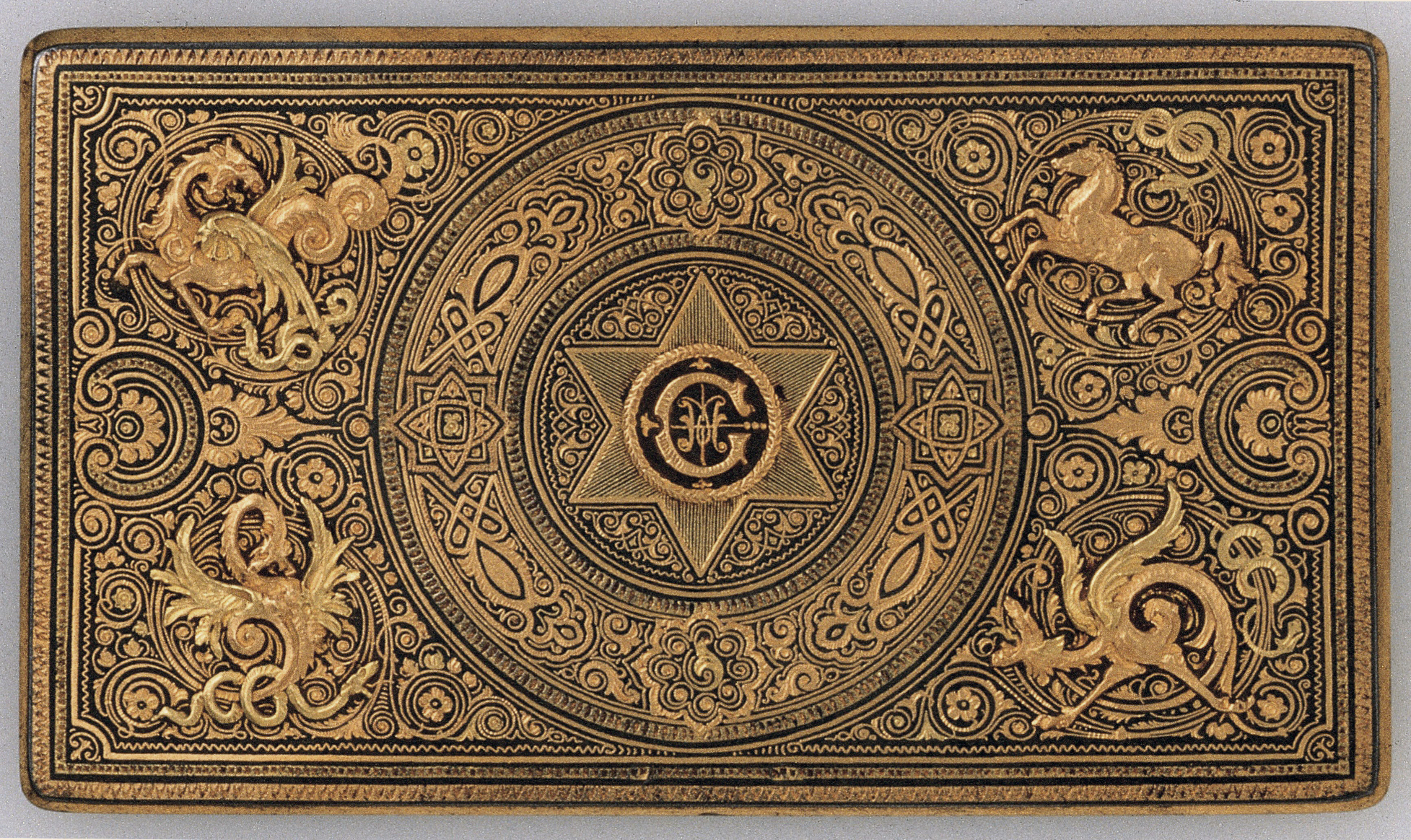