The case is hinged along one side, and on the other has a flat spring-loaded release for the lid. The ornament of the top is divided by diagonal strips of the black iron surface into a number of separate sections. These are filled with conventional foliage executed in heavy-gauge gold wire lightly chased. Interspersed are gold birds, blossoms, and gold beads detailed in the same manner. The black dividing-bands have a central line of tiny silver beads, as does the border of the lid. Between these lines, also around the border, there is a Greek fret in gold wire. The technique employed in the execution of the gold low relief, and the choice of elements and their composition, are quite like those of the brooch ZUL 60. However, the actual execution is more naïve and less skilful.

At the upper and lower points of the geometric pattern dividing the gold ornament there are gold squares containing a star-burst pattern in wire; the four sides have small projections, each containing a gold bead. The beaded dividing-lines, as they pass and enclose these squares, form an eight-pointed star. This element will reappear with considerable frequency as Islamic themes acquire greater popularity in Eibar’s commercial production. This trend may partly be a response to Toledo’s success in capitalizing on its regional ornament, but it may also reflect a demand abroad for products corresponding to a popular misconception of Spanish exoticism. 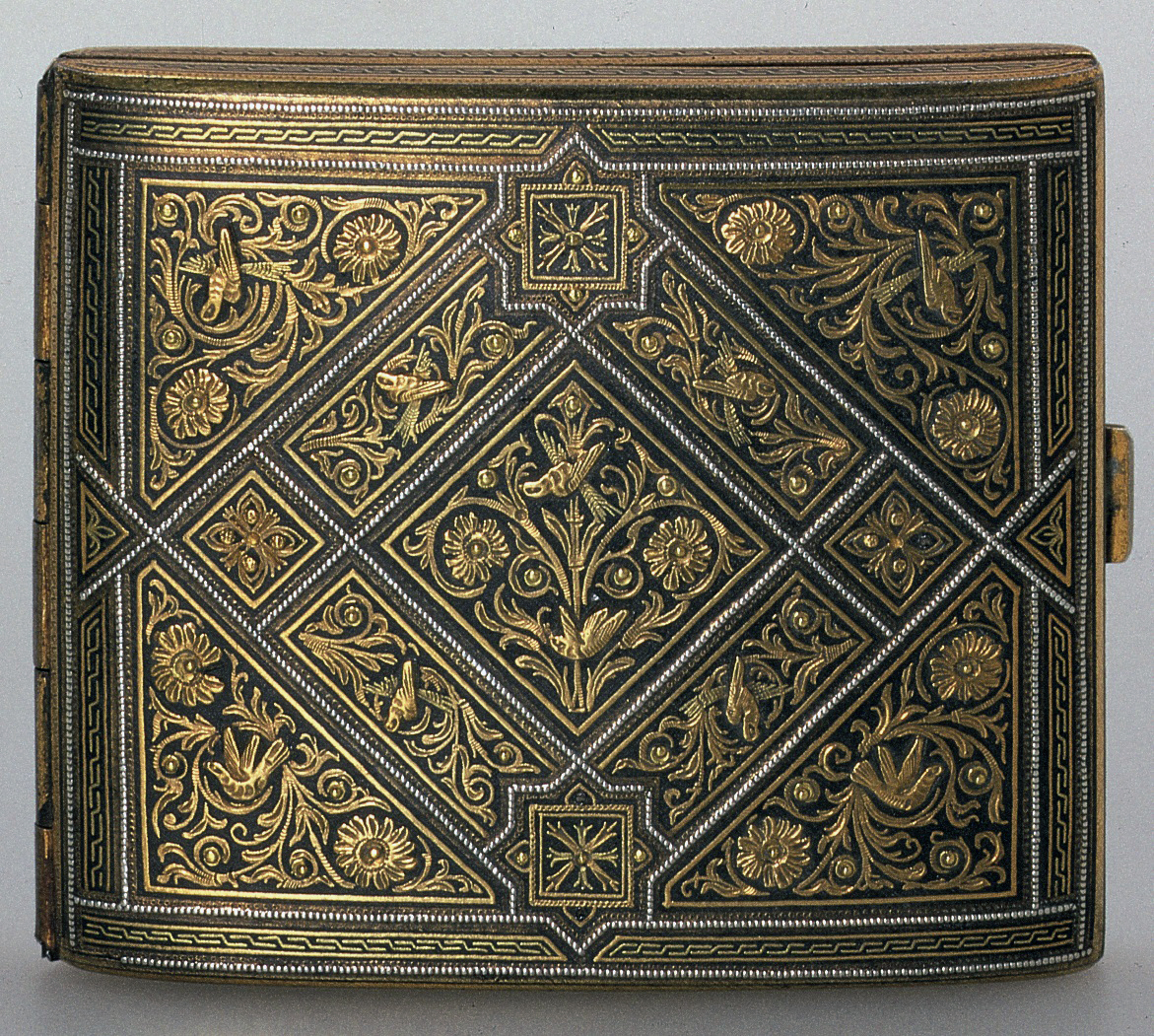