The central panel on this cigarette case shows the Alcázar palace of Charles V in Toledo as seen over the Alcántara bridge. The scene is identified by the caption ‘ALCAZAR DE TOLEDO.’ The surrounding panels contain lion-like heads suggesting the ends of rinceaux, small arabesques, and two almost unrecognizable griffins. The damascene is executed in two colours, and has been considerably enhanced by the use of a variety of punches. The scene with the Alcázar is a conventional postcard view. This is to be expected, since in many damascene pieces, even where the scene is uncaptioned, it can be shown to be adapted from postcard illustrations. There is also a tissue pattern for this scene in a private collection in Eibar. The Alcázar was destroyed in 1936, the first year of the Spanish Civil War. It came to dominate the skyline once more during the 1970s, when it was almost completely restored. Its destruction naturally resulted in its disappearance from scenic souvenirs for many years. 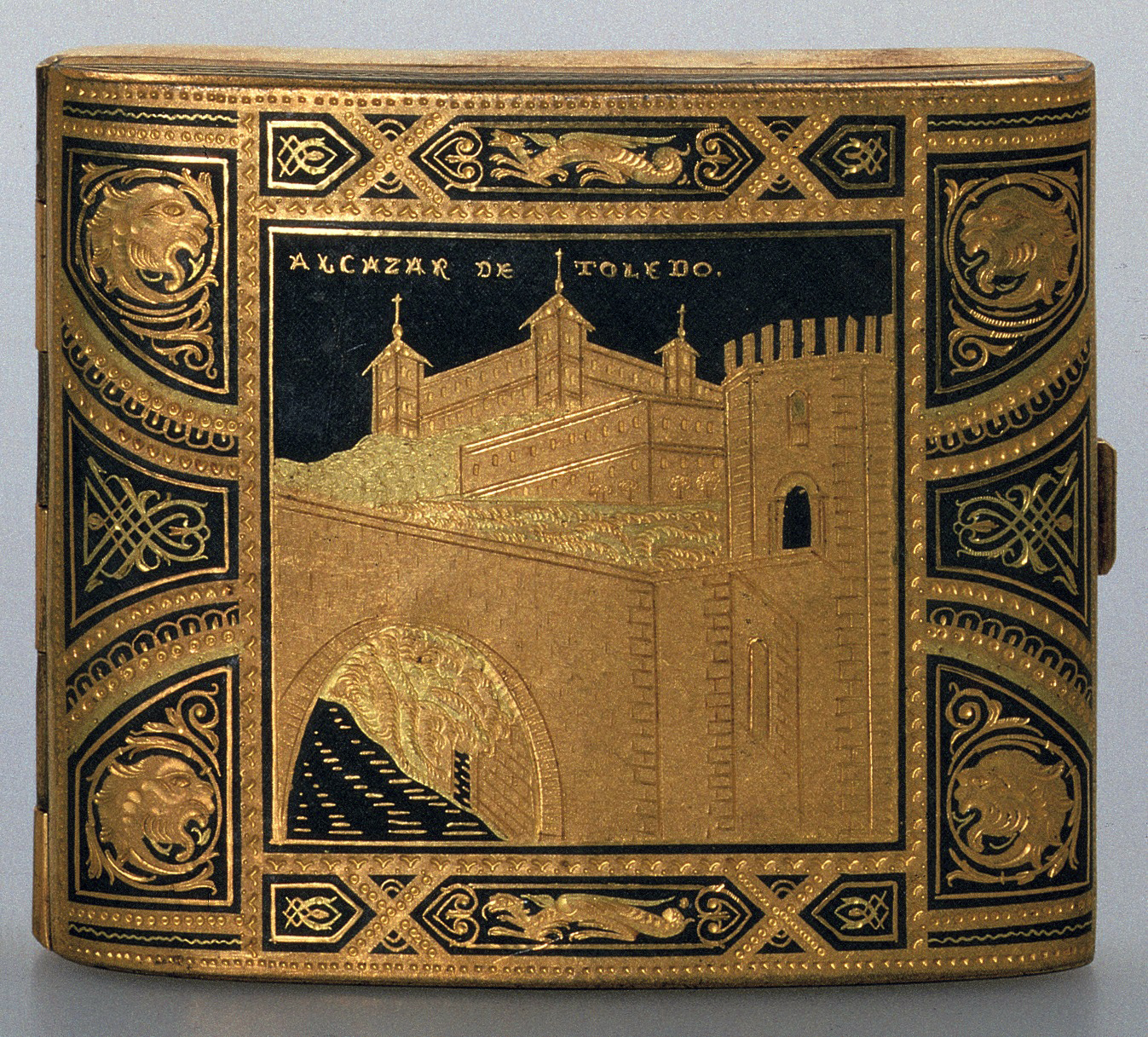