inscribed JESUS NAZARENUS/REX? JUDAEORUM ("Jesus of Nazareth, King of Jews") to the top of the cross

Towards the end of the 19th century certain artists sought to produce large-scale painted enamel panels. In so doing they were reviving the aspirations of their forebears working in the early 18th century. Renowned enamellers such as Charles Boit (1662–1727), Georg Friedrich Dinglinger (1666–1720) and Jean-Etienne Liotard (1702–1789) all tried to produce large-scale pieces to varying success, but on more than one occasion ending up with firing faults and never really exceeding the 90cm mark. By the late 19th century technological developments permitted Paul Soyer to paint a large profile of a lady on a panel measuring 132 by 83cm (Khalili Collection FR592, cat. no. 23). Although already of imposing size, Soyer sought to amplify the scale of the work by incorporating subsidiary enamels panels to the composition, which measures overall 161 by 109cm. The present panel - also possibly by Soyer - is significantly larger, even in its enlarged format and is in fact the largest known example of a single-piece enamel painting. Given its size it must be assumed that artist had access to an industrial kiln, and it is worth noting the copper base for the piece is about 0.5cm thick, to account for such a heavy and complex work. Soyer no doubt would have had access to various Renaissance crucifixion paintings and was clearly inspired by those by masters such as Michelangelo, Raphael, Zurbaran, and Velasquez. Due to its exceptional size and nature it must have been commissioned by a notable patron and most likely intended as a gift to The Vatican. 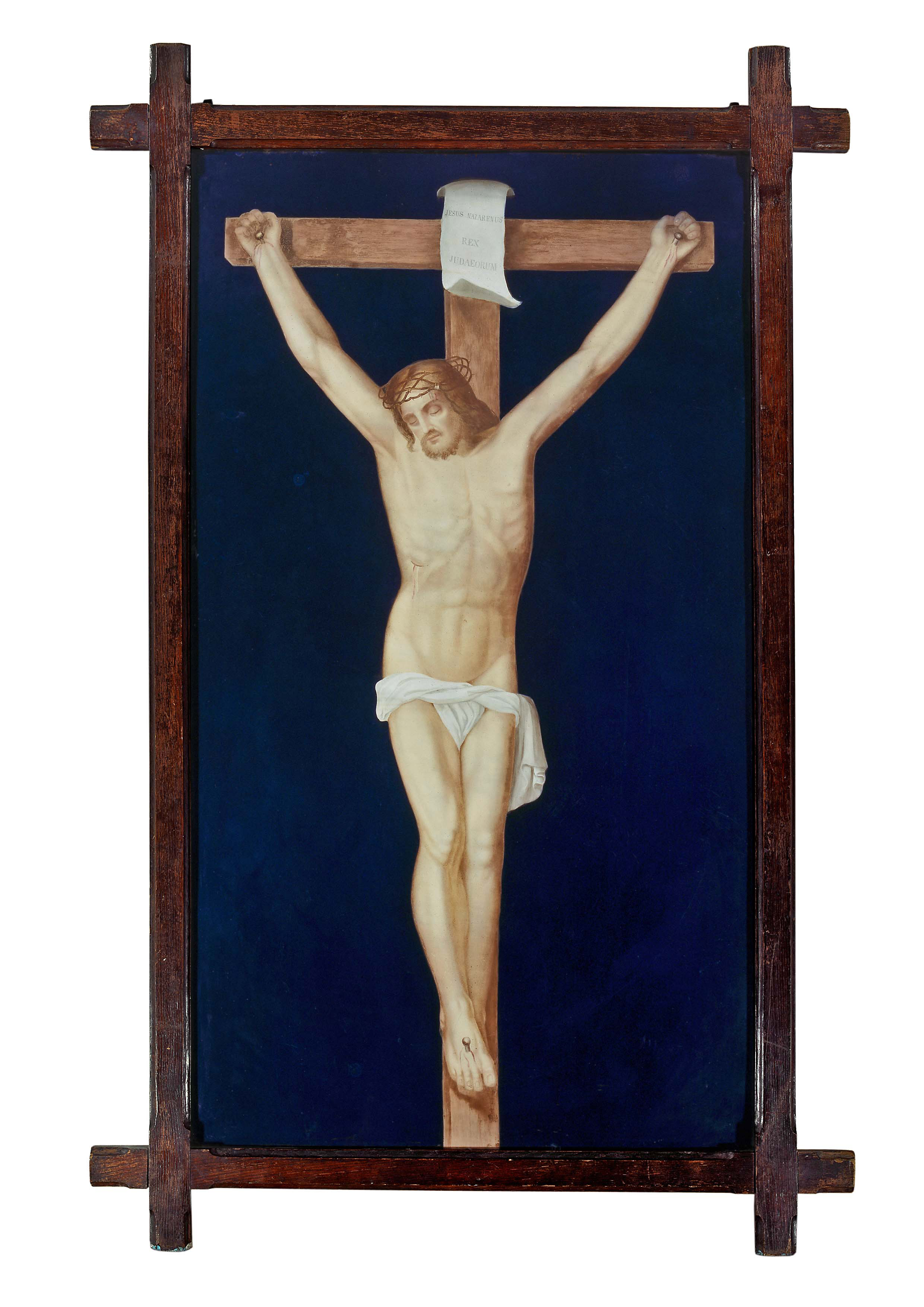 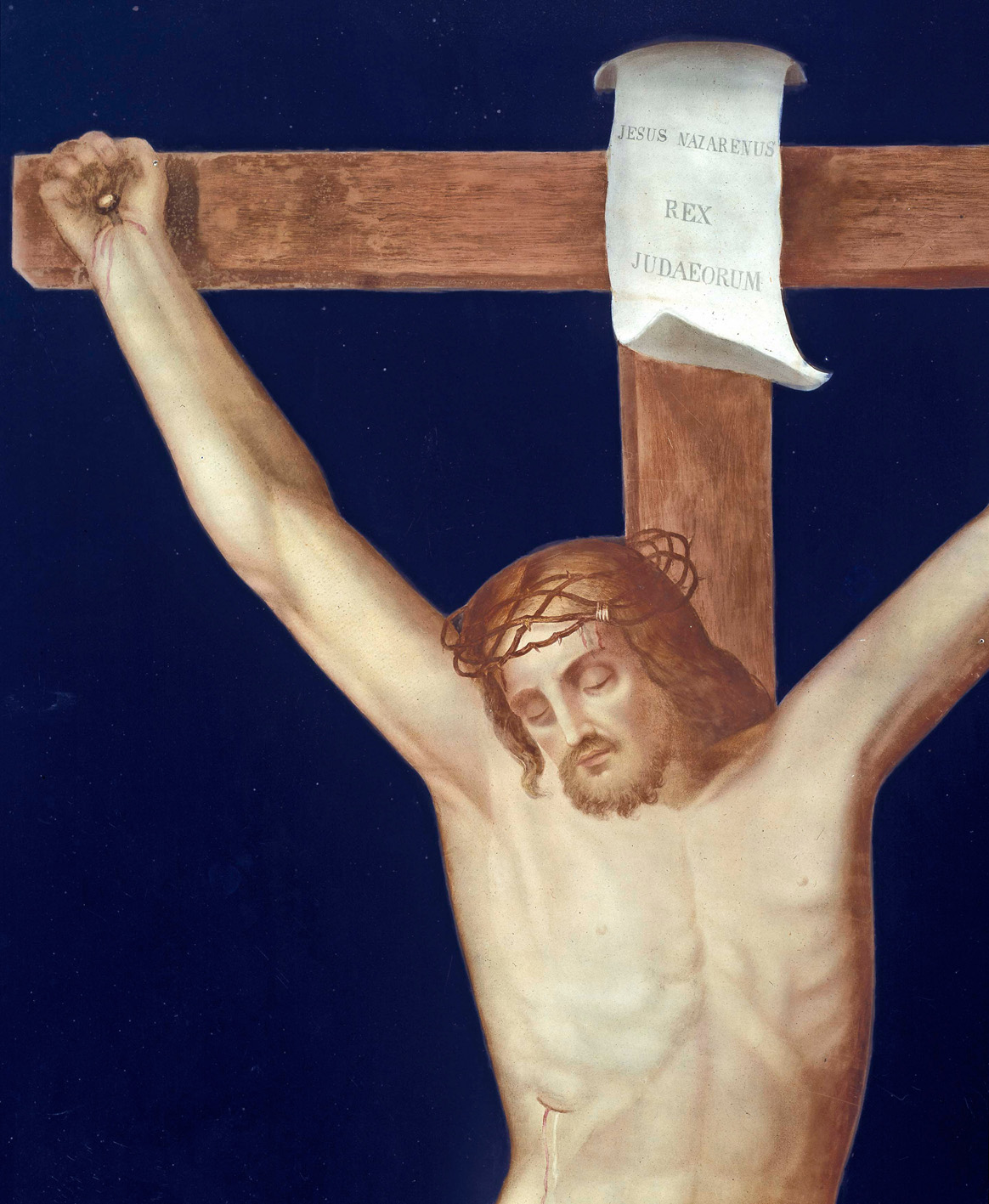