This is one of four identical cartouches from the main decorative band at the top of curtains made for the door of the Ka‘bah from the 19th century onwards. The text, which is in mirrored thulth, consists of Surat al-Naml, verse 30: ‘It is from Solomon and is (as follows): “In the name of God, Most gracious, Most merciful”.’ The design is the work of ‘Abdullah Zuhdi, also known as ‘the calligrapher of the two holy sanctuaries’. He was responsible for designing and executing the calligraphic decoration for Sultan ‘Abdulmajid’s restoration work at the Prophet’s mosque in Medina, work that took him seven years to complete. He also designed, among other things, the inscriptions on the rain spout of the Ka‘bah which was presented by the same sultan (see CAL 300). He spent his later life in Cairo, where he was responsible for designing inscriptions for the curtain and belt of the Ka‘bah. He died in Cairo in 1879 but stencils of his calligraphic work continued to be used on these textiles well into the 20th century. 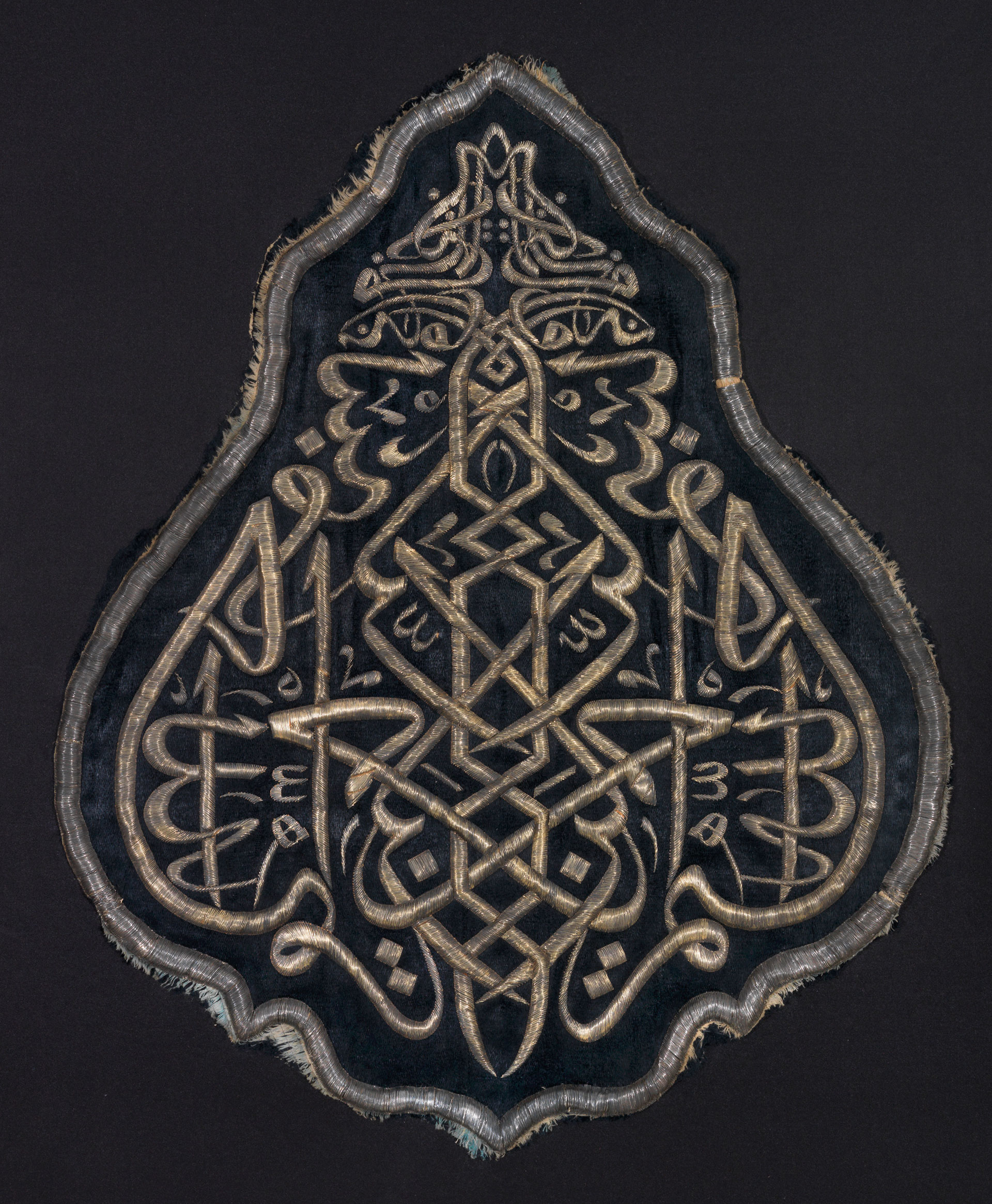