brass, inlaid with copper and silver

The tray is decorated with a lively scene representing the procession of the mahmal, most probably through the streets of Damascus. The mahmal is borne by a richly caparisoned camel. It is preceded by an official holding a flag bearing the Ottoman star-and-crescent motif, and followed by another riding a similarly caparisoned camel and carrying a banner (bayraq). Behind him is a group of religious figures wearing distinctive hats, one of which is reading from what may be the Holy Qur’an. Around them are groups of soldiers riding camels or on horseback, three musicians and some pilgrims, as well as spectators and well-wishers. 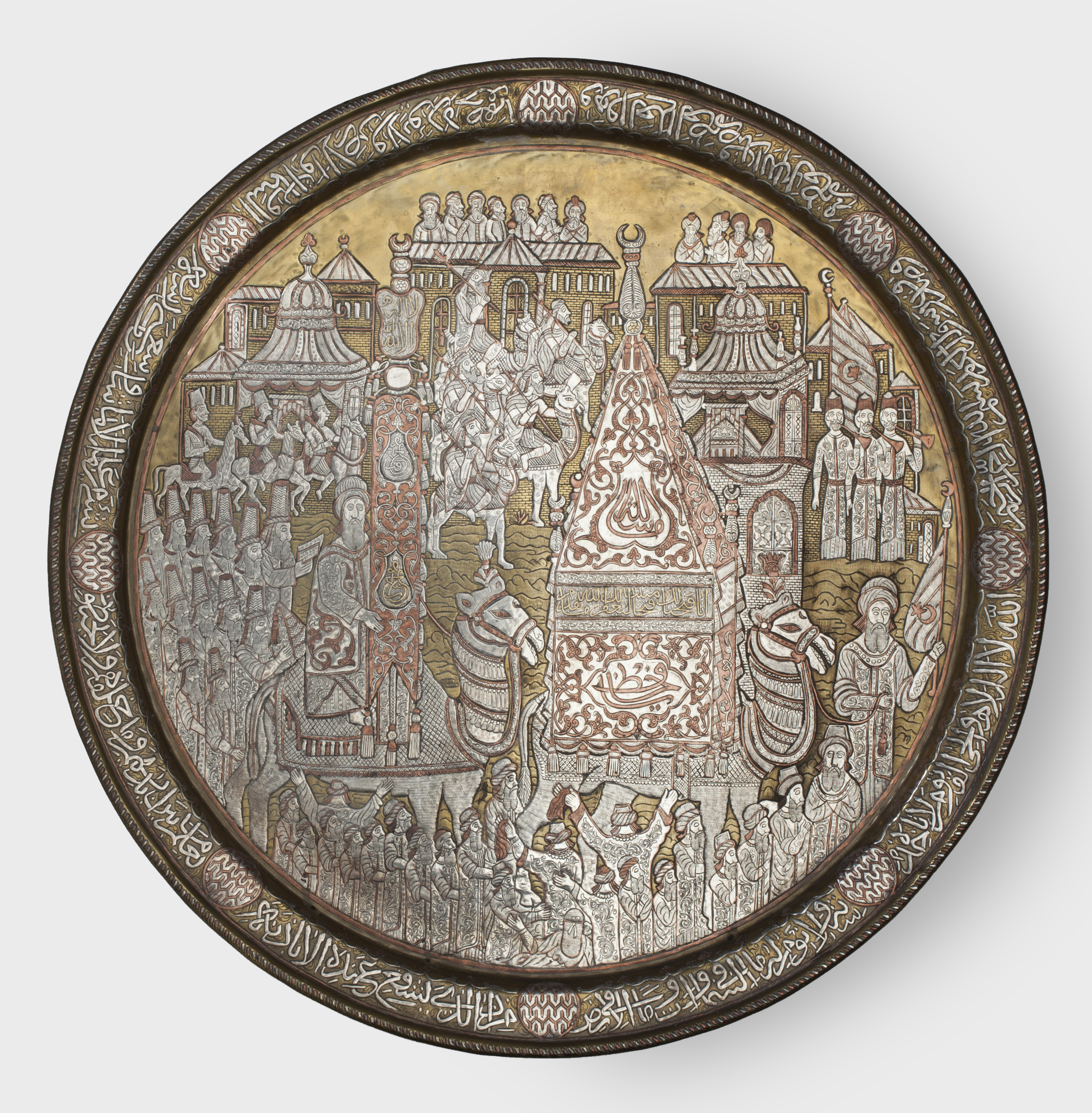